You’re searching for a snack to accompany a stout or Doppelbock beer or a red Burgundy wine. Perhaps some dairy product to serve a meat steak or a chocolate cake. Thousands of different varieties exist, each unique coloring, form, nutritional value, savor, and texture.

Consider Swiss cheese, which is somewhat nutty, firm, and exquisite. You’ve probably noticed that this one is a type of cheese with holes in it, in addition to its particular flavor. Why does Swiss cheese have holes, and what’s the mystery behind this reason?

What Makes the Holes in Swiss Cheese?

It’s one of the most well-known types of cheese worldwide. While Switzerland produces a variety of dairy products, most Americans refer to “Swiss” as a generic term for the Swiss-style dotted with gaps. There are many names of cheese with holes you’ve probably already seen. Have you ever wondered how those gaps appeared?

There’s the real story behind the reason why cheese has holes in it, but your parents have told you that hungry mice gnawed their way through the dairy product. That’s a phrase we’ve heard before as the answer to “What causes the holes in Swiss cheese?” and they probably told you that because they didn’t know the proper explanation. Let’s see the facts. 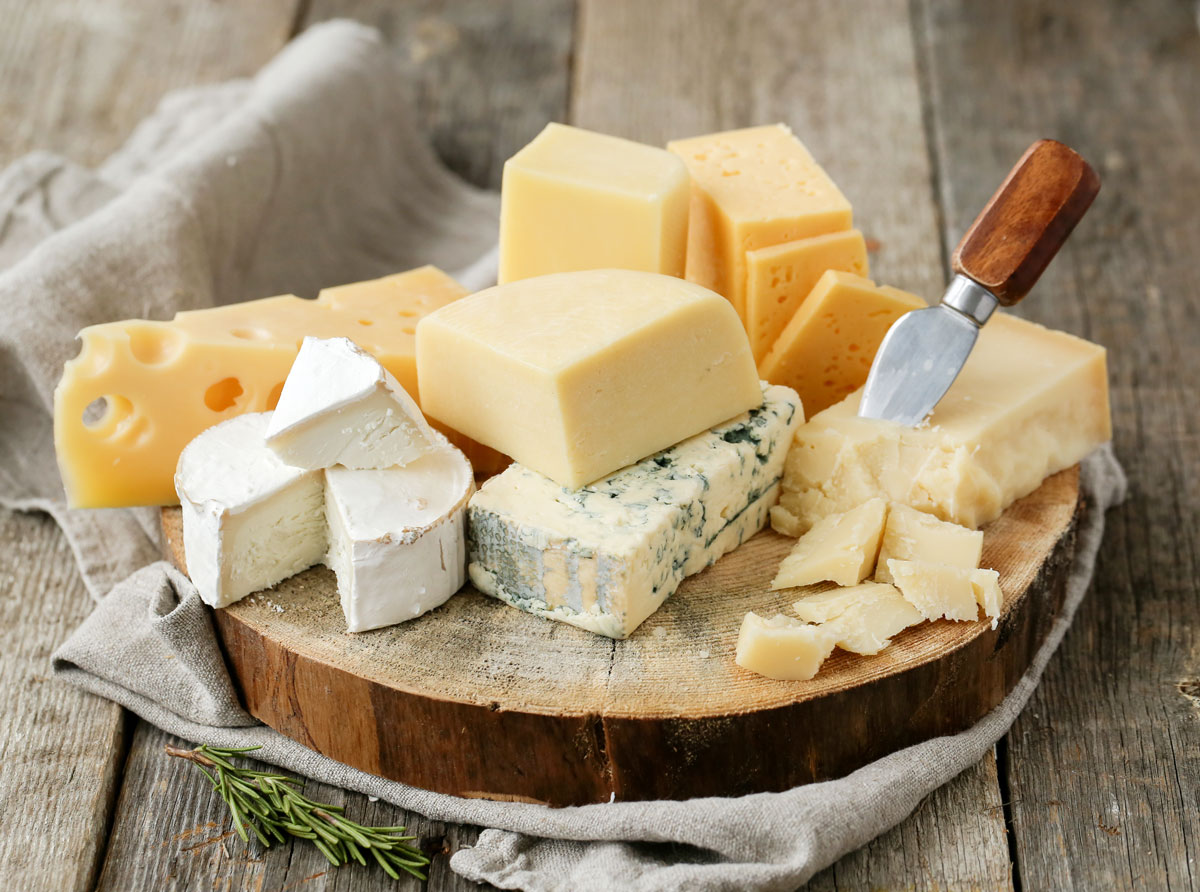 Where does Swiss cheese come from? Similar to many other cheeses with holes, it is created from cow’s milk and includes germs that aid in the solidification of the milk. So, how does Swiss cheese get holes? The spots are caused by small specks of hay. When a dairy product is prepared in barns using buckets, hay particles are likely to get into the buckets of collected milk, causing gaps to appear as it matures.

Other bacteria, known as Propionibacterium freudenrichii subspecies shermanii, cause the dairy product to be “holey.” P. shermanii produces a gas named carbon dioxide at the conditions used to make Swiss dairy products.

The product is soft and flexible because it’s prepared at a warm temperature. So, how do the holes get in Swiss cheese? As the bacteria multiply, the gases result in spherical apertures.

Consider making a bubble while chewing a piece of gum: the pressure pulls the gum into a circle as you blast air from your lungs. Owing to air pressure from your lungs or the environment, the bubble finally explodes, and this would give a hint to the question, “Why are there holes in Swiss cheese?” Easy as ABC!

However, when a bubble forms within a hunk of heated dairy product and subsequently cools to roughly 40 °F, the hole remains in its original place. This is the reason why Swiss cheese has holes, which take approximately four weeks to develop at 70 °F. It takes roughly six weeks to create in total, and it’s then matured for another two months before being sold.

How to Pair the Flavor of Swiss Cheese With Other Food?

Our Propionibacter shermani buddies are also responsible for Emmentaler’s distinct taste. When the bacterium consumes the lactic acid in the young dairy product, it produces more than just carbon dioxide. When CO2 is liberated from lactic acid, it’s transformed into propionic acid, giving Emmentaler its distinctive, spicy aroma and flavor. So, now, in addition to the question, “Why does Swiss cheese have holes in it?” we have another one: what to pair with?

What are the best ways to pair with a Swiss gourmet product? There’s much food that you can eat with this exquisite and mouthwatering dairy product. Look at the most popular and savory “recipes” to accompany your meal:

The flavor of Emmentaler varies greatly depending on the degree of Propionibacter shermani activity. Interestingly, the size of the eyes and the flavor of the food are linked. A dairy product with larger gaps has a more robust and developed taste.

Are Such Bacteria Safe?

Not all of them, to be sure. P. shermani is one type of bacterium that’s advantageous to humans, as it cleanses the gastrointestinal system. It’s also considered lowering the chance of developing colon cancer. You heard it first from us: eating certain types of bacteria might make you healthier! 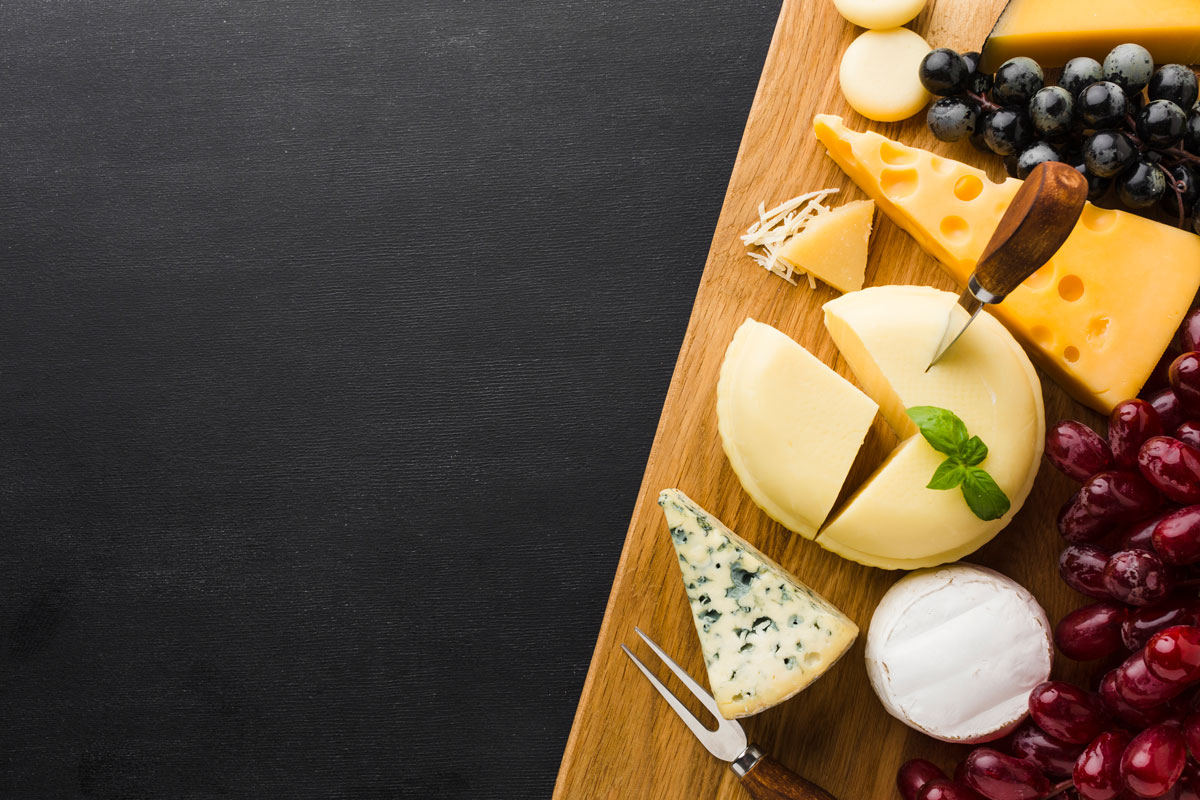 What Are the Holes in Swiss Cheese Called?

Now that we’ve found the answer to the question “Why does Swiss cheese have holes?” we can proceed to reveal the name for those spots. These holes in Swiss cheese called “eyes” are common in the dairy product business.

You may wonder, “Does Swiss cheese have holes like always?” It may not have as many eyes as it formerly did, owing to the dairy farms’ modernization. The size of the holes has shrunk, and the number of gaps like Appenzeller and Emmental has reduced as milking procedures have gotten more mechanized and sterile, and lesser hay particles fall into the milk.

How Is Swiss Cheese Holes Made?

The spots, known in the dairy product industry as “eyes,” are a component of the Emmentaler-making process, which originated in Switzerland’s Emme River region. The germs continue to eat the dairy product as it ripens. In the process, one strain, P. shermani, creates carbon dioxide, which forms tiny bubbles.

What Are the Holes in Swiss Cheese Called?

Holes, known as “eyes,” are also crucial to Swiss dairy products. Propionibacterium consumes lactic acid produced by other bacteria and produces carbon dioxide as a byproduct. This causes bubbles to emerge, which eventually turn into gaps.

How Does Swiss Cheese Get Its Holes?

Like other dairy products, this one is manufactured using particular microorganisms cultures. The precise procedures and cultures used to produce Swiss dairy products promote the growth of a species of bacteria known as Propionibacterium freudenreichii. These bacteria emit carbon dioxide in the aging process, causing gas bubbles to develop inside the dairy product.